The 4 Best French BJJ Fighters fought an Absolute this Sunday in total discretion !! 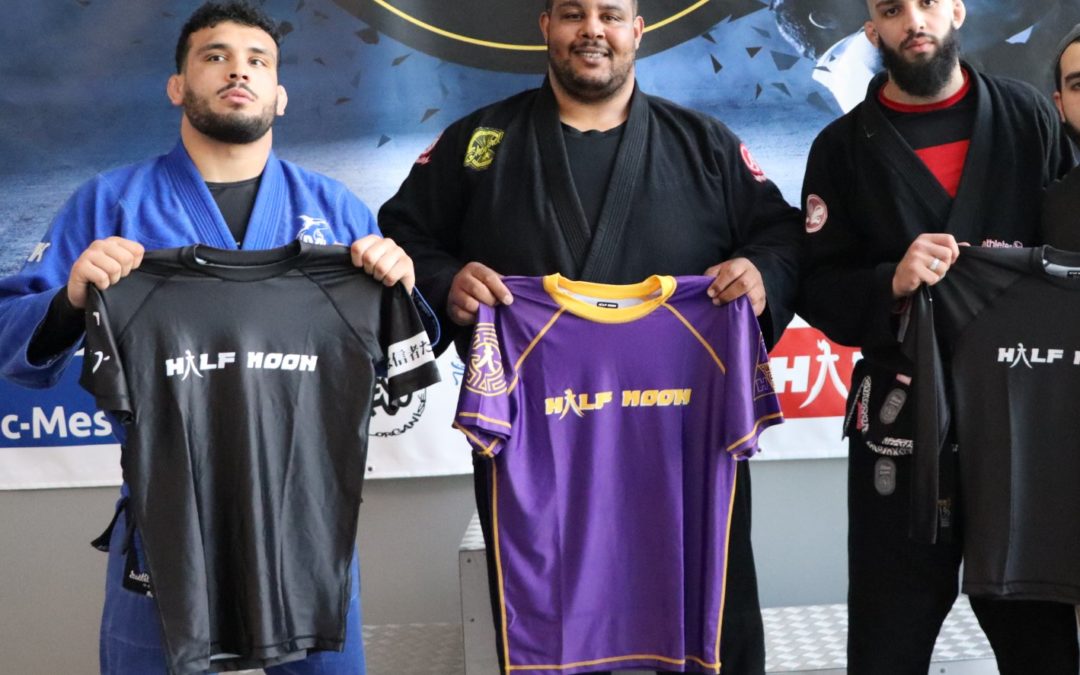 This 7 & 8th Mai took place the BMS cup. A competition of Brazilian jiu jitsu competition at the house of martial arts of Blanc Mesnil, Paris, France which was organized by Taieb Bouhessane, NSM Team. But few knews that 4 great champions fought on Sunday.

Indeed, this year BMS Cup had the opportunity to organize a Brazilian Jiu Jitsu competition, to allow young people and adults to fight and show their skills in Jiu jitsu. Moreover, great champions were present as well as their club and their students. The events were a mix of Standard competition : Everyone is welcome. Absolute Competition : For all Belts. Super Fights : 10 fighters challenging each other from different teams to get their team to the TOP 3 of best academies. Then, the Black Belt Absolute Competition : 5 greatest French based champions fought to get the BMS Belt and a prize of 500€ for the winner and 3 Rashguards of the latest trendy brand of BJJ and MMA brand “Halfmoon”. What a crazy day !

For this event, Halfmoon also allowed the present guests to get their BJJ gis and rashguards at a lower price. A -15% discount applied to all sales thanks to the OSS15 discount code.

Presence of the great Moroccan champion!

Seif-Eddine Houmine, 33 years old, is a Moroccan champion and representative of the Kingdom, crowned for the 10th time in his career at the World Jiu Jitsu Championships in Abu Dhabi, United Arab Emirates.

Indeed, the Moroccan fighter was awarded the new world title by winning the gold medal (over 94 kg) at the Jiu-Jitsu International Federation (JJIF) World Championships

Reda Mebtouche who reaped the fruit of his labor by obtaining a gold medal at the most important competition of the discipline in Europe, the European Championships in Lisbon in 2018.

Throughout his journey, Reda Mebtouche has shown us that beyond his sporting and human performance that work pays, that young people of his age must persevere in their ambitions and that they are right to believe in their ideals.

Reda Mebtouche won his first fight against Haidar Abbas then was in final against Seif Dine Houmine. The video of the fight is in this link :

He is a great international competitor and now a CFJJB referee, Reda is considered as one of the best in Europe in his category.

His already well-filled list of achievements consists of great international titles obtained in the largest federations such as the IBJJF and the UAEJF.

The most feared competitor, Reda Hamzaoui deserves to fight with the best. He will surely win. His last fights this year were absolutely a total madness, the Khamzat Chimaev of BJJ !

Haidar Abbas, 24 years old, is a high-level athlete with an important track record, a call-up to the French team, a national championship, and a third place at his first ever IBJJF world championship in 2015. The following year, he finished in second place.

Haidar Abbas is also a passionate and experienced Brazilian Jiu Jitsu coach who has been teaching Jiu Jitsu for over 6 years to children and professional MMA fighters.

This competition was sponsored by the city of Blanc Mesnil and Halfmoon, the french designed new brand of BJJ and MMA fightwears that focus on quality, resistance and style. Half Moon rewarded the 3 winners of this event by a Rashguard of their choice. OSS15 OSS!